#IFIKIEWAZAZI AFTERMATH: Why it gets complicated to be a modern parent raising millennials in digital times! 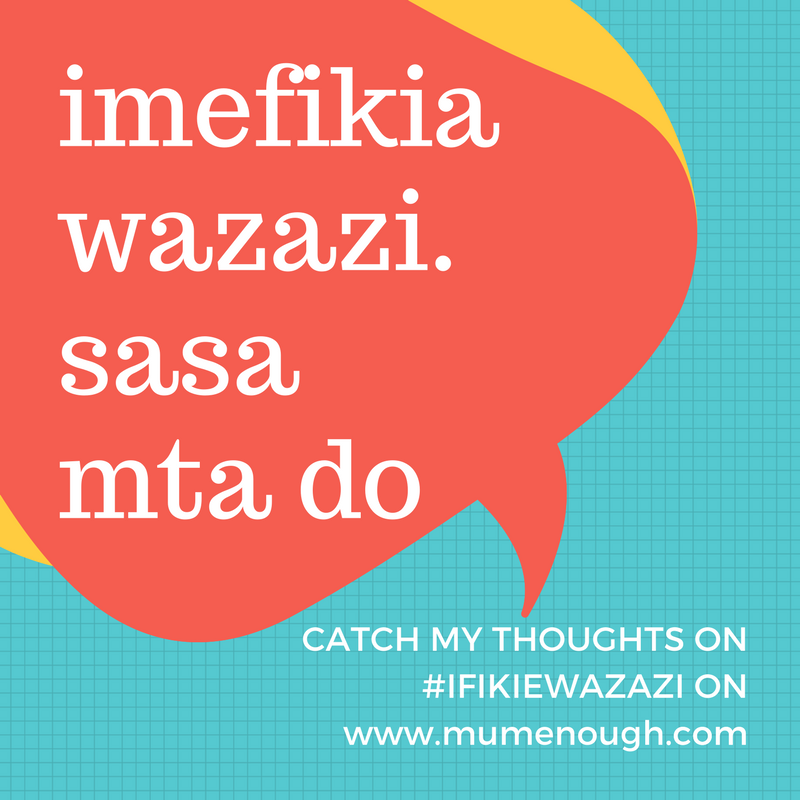 It’s been some weeks since the popular hashtag #ifikiewazazi made its rounds on Twitter, WhatsApp and major news headlines with Kenyans going gaga. This saga forms part of the pressures of parenting in these digital times. We no longer have those privileges that dad was the sole bread winner and mum was “mum”. She took care of business and the househelp was there to deal with minor duties. Today we have a number scenarios that range from single parent home, broken homes, parents in careers rising in professional cadres and the maid takeover society.  This story just got me thinking HARD. I couldn’t help but raise pertinent questions instead of crucifying these teens for exposing their supposedly poor parented manners.

NOW,  #IFIKIEWAZAZI IS PRIMARILY ABOUT SEXTING AND OTHER STORIES. YOU BET MOST PARENTS ARE UNAWARE OF THE TERM SEXTING SO LET’S GET TO THE DEFINITIONS.

Sexting is sending, receiving, or forwarding sexually explicit messages, photographs or images, primarily between mobile phones. It may also include the use of a computer or any digital device.

According to Urban Dictionary:

Ironically, research tells us a lot about the whom, what and how many of teens and social media usage, but substantially less is known about why and how teens engage with social media. Ifikie wazazi photos mirror a society facing modern parenting dilemmas that leave so many of us struggling with the complexities of modern life and how we were raised.  These are just a few that i could think of:

Parents who are too busy or absent to parent

It ain’t nobody’s fault that we are too busy. I mean there are so many bills to pay. Life has become so fast paced and to manage success in the growing career path or business requires us to have strategies on the home front and the school side. This means hiring an English speaking and well educated house help for the children who among other duties can handle the homework. Then there’s expensive academies, the ones with lots of extra curricular activities. We compensate for lack of time and lack of communication with gadgets, weekend outings and expensive holiday. The kids will understand we are away for business or work but will make it  up to them.

Critical Questions: Are we too busy to supervise the happenings in the lives of our kids?  What are our priorities like?

Maybe buying or gifting children as young as 3 a mobile handset and only expect them to play games, call you in case of an emergency or to dictate the menu of the day should make us think again. We could be setting up our kids to mobile phone addiction, anxiety and depression, self-esteem and body image issues. Smartphones have shifted communication for everyone. For toddlers it begins on dependency on the mobile phone. For tweens(7- 13 year olds) and teens this lack of control progresses towards FOMO (Fear of Missing Out). Relevance is about who caught on the trend the first time round, got the most likes, comments, follows or shares. And if this relevance has to take the form of nudity- it’s a ‘come baby come’ situation.

Critical Questions:  In as much as kids use social media to connect, seek friendship, help or knowledge, do our children REALLY, REALLY require a personal phone? Will their world be INCOMPLETE or utterly DYSFUNCTIONAL without it?

Parents who are immature

Are we assuming that our kids are mature enough to handle self-regulation? That we can trust them to focus their attention on acceptable sites, control their emotions when a music video with twerking vixens trends on YouTube or manage how sexual they’ll feel on watching a porn clip and control their sexual behaviour afterwards. Let’s picture our influence on a child if we are constantly on our device or preoccupied with photos and selfies. I’m guilty of this and have also seen parents handing toddlers phones with games in order to keep them quiet or busy. It actually hit me that our kids grow up being denied the attention they so desire at home which is readily available in an anonymous online community. Here there is no one to judge them or at least they’ll be people to shower them with likes and loves. No wonder those kids caught on camera asked ‘imefikia wazazi, sasa mtado?

Critical Questions: Do we know what our kids are doing on their phone? Do they call names or threaten to do something bad because their friends own a phone and they are not allowed to own a handset?

Parents who have accepted mediocre

Might we have accepted mediocre knowledge, mentoring and media influences over our children? If teens TV shows must have social media handles that influence likes or follows, then how controlled is the information in those particular pages? It’s become commonplace to see soaps with kissing and soft porn scenes during family time. We dare not ask media house to give us quality content if all we see is music, ‘celeb’ musicians, and dancers with substandard version of ‘youthful’ presenters (most of who underperformed in school) with deejays in studios and schools nowadays. Sorry to say this – we have accepted mediocre. We’ve allowed media stations airing ratchet socialites on our screens, so what can we expect? If condom ads can sell sexual pleasure any time of day on TV or billboards or sponsor programs such as 10 over 10 and we assume teens aint gonna get those, THEN!!! It should seriously concern us that these teens were found with Postinor 2 for crying out loud. Which rogue pharmacists sold these to them???

Critical questions: Are we at the mercy of the media and modern culture icons and personalities when it comes to influencing social media patterns on pages and apps to follow or download? Is there active and responsible sex education at home and in school?

Whether we like it or not, it takes a VILLAGE. Yes, me, you, the house help, the driver, the neighbours, the watchman, the teacher, the relatives, the priest, the media, the police and other administrative arms of government. Gone are the days when the neighbour next door could report your kid or warn them not to do something. Gone are the days when a teacher could send a child packing for immoral behaviour. How fragile do we take our children simply because we want to be their friends? How often do we excuse their behaviour in order to protect them by saying “Wanaonea mtoto wangu!”. Many of us won’t empathise with these parents but can you imagine the traumatising look on their faces upon seeing their kids’ images going viral on social media?

Critical questions: Do we have access to our kid’s accounts? Who is following them? How open is their internet access?  Who else is keeping an eye? Do we know their social media language and codes or even understand how the apps work?

Parents who are naive

Naivety in this sense means that we underestimate a child’s sense of curiosity by assuming that the phone is used in the presence of an adult or during controlled hours. Better still, we assume that some of those social events on Facebook will have no alcohol, drug and sex since they’re held during the day. More teens are opening fake Facebook and Instagram accounts to avoid getting caught. Young people want their opinions to be heard. With online communities being engaging, interactive and responsive, they find it easier to make statements on screen that would otherwise be difficult to verbalize face to face. I  feel that we can provide mentorship rather than become micro manager of their social space.

Critical questions: Do kids understand the long-term consequences of their digital footprints? Do they understand how comments or decisions expressed in moments of anger or frustration can put them in jail? Are they aware of the personal damage impulsive behaviour such as nudity, indecent exposure has on their self-image and reputation?

Parents who are in the wannabe space

If we grew up in times and seasons of no smart phones until we could buy ourselves one,  trust you me our kids too will survive. I still believe even without a smart phone or rather social media, kids can still be creative, become bright students in school or be digital savvy. Imagine they’ll find a way if only we don’t provide the alternative.

Critical questions: Are we passing on our social insecurities to our children? Are we demanding that kids fit in no matter the cost? Is my no a no and yes a yes?

Parents who have delegated discipline to ‘I don’t know who?’

I believe we’ve heard of the proverb “Discipline your child now so prison guards won’t have to do it later” It’s a pity that these kids will have to brush shoulders with the law. Need I say more???

Critical questions: How idle are children especially at home? Is going out to parties and events the only things that preoccupy their time? Do we know their friends? 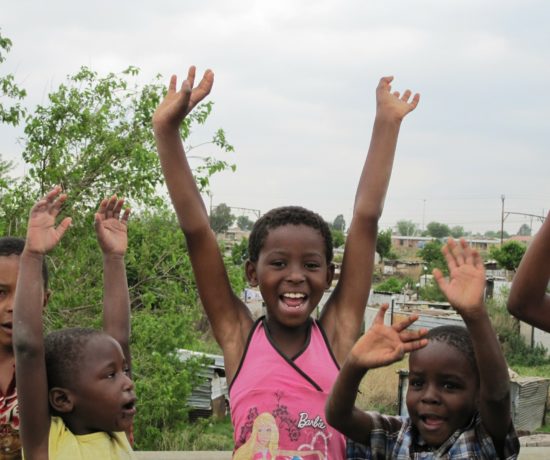 Why your child needs to learn how to get dressed 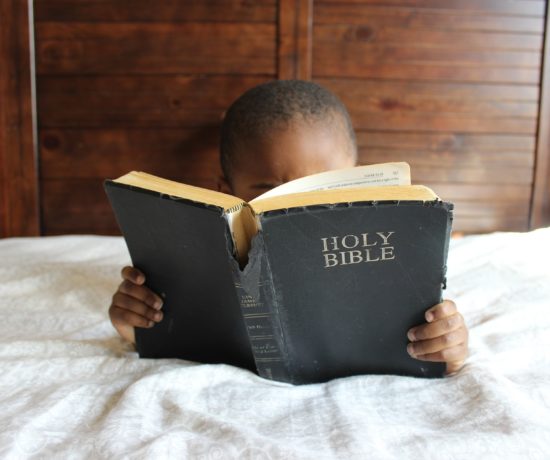